While no diamond is perfectly pure, the closer it comes, the higher its value

Many inclusions and blemishes are too tiny to be seen by anyone, other than a trained diamond grader.

A VS1 and SI2 diamonds may look exactly the same, but they can be quite different in terms of overall quality. This is why expert and accurate assessment of diamond clarity is extremely important.

The information from this page has mostly been pulled from the coursework that I did while studying. I have found that many websites only describe the 6 main groups and gloss over the 11 different grades for clarity. I feel it is important to describe ALL 11 grades clearly as it makes a difference in price.[1]

Evaluating diamond clarity involves determining the number, size, relief, nature, and position of these characteristics, as well as how these affect the overall appearance of the diamond. While no diamond is perfectly pure, the closer it comes, the higher its value. Inclusions in the diamond sometimes make for "true masterpieces". Some diamond inclusions can be works of art on their own and additionally increase the price of the Diamond!

How was the Clarity grading System developed?

Like the color scale, GIA’s clarity grading system developed because jewelers were using terms that could be misinterpreted, “loupe clean” or “piqué.” Today, even if you buy a diamond somewhere else in the world, the jeweler will most likely use terms like VVS1 or SI2, even if his or her language is French or Japanese instead of English.

What Causes Inclusions In The Diamond To Form?

Small crystals can become trapped in a diamond when it’s forming. Sometimes as a crystal grows it can develop irregularities in its atomic structure. Diamond inclusions are among the important factors influencing the appearance and consequently the pricing of a diamond! Nobody wants to have a diamond with visible imperfections. Furthermore, nobody would like to have a diamond with inclusions that pose a durability risk!

Evaluating And Mapping Inclusions And Blemishes In The Diamond

Evaluating diamond clarity involves determining the number, size, relief, nature, and position of these characteristics, as well as how these affect the overall appearance of the diamond. While no diamond is perfectly pure, the closer it comes, the higher its value.

Diamonds without these birthmarks are rare, and rarity affects a diamond’s value. Using the GIA International Diamond Grading System™, diamonds are assigned a clarity grade that ranges from flawless (FL) to diamonds with obvious inclusions (I3). Every diamond is absolutely unique and none is absolutely perfect under 10× magnification though some come close. Known as Flawless diamonds, these are exceptionally rare. Most jewelers have never even seen one.

The GIA Clarity Scale contains 11 grades, with most diamonds falling into the VS (very slightly included) or SI (slightly included) categories. In determining a clarity grade, the GIA system considers the size, nature, position, color or relief, and quantity of clarity characteristics visible under 10x magnification.

Flawless (FL)
Flawless diamonds show essentially no inclusions or blemishes of any kind when examined under 10X magnification by a skilled grader.
A diamond can have these characteristics and still qualify as flawless:
Internally Flawless (IF)
An Internally Flawless diamond shows only blemishes - No inclusions - when examined under 10X magnification by a skilled grader.
GIA added this grade in the 1970's to describe diamonds that do not meet the stringent requirements for the flawless grade. Normally the blemishes on an IF diamond can be removed with very minor repolishing. Light surface graining is an exception because it can not be polished away
Very, Very Slightly Included (VVS1 & VVS2)
VVS diamonds contain minute inclusions that are difficult for a skilled grader to see under 10X magnification. The inclusions in a VVS1 diamond are extremely difficult to see in the face-up position, or they might be visible only through the pavilion. In VVS2, they are very difficult to see. (The GIA system uses words like "extremely" and "very" to describe subtle differences in difficulty or ease of viewing inclusions.)
Under 10X magnification, a VVS1 diamond might show a minute pinpoint or two. Charactoristics like reflective internal graining, a bearded girdle, minor bruises, or tiny chips could set the grade at either VVS1 or VVS2 depending on how visible they are. These inclusions are so minute and difficult to spot that VVS diamonds are sometimes unintentionally misrepresented as flawless or IF, simply because a grader did not find them.
Very Slightly Included (VS1 & VS2)
VS diamonds contain minor inclusions that range from difficult (VS1) to somewhat easy (VS2) for a trained grader to see under 10X magnification. Typical inclusions are small included crystals or feathers, distinct clouds, and groups of pinpoints. They do not affect the diamonds beauty
In very rare cases, a VS diamond might actually contain an eye-visible inclusion. You have to consider the size, nature, position, number, ans color or reief of the inclusion in relation to the size and shape of the diamond. For example, an emerald cut that's more than one carat in size can have an eye-visible included crystal under the corner of the table and still be in the VS range.
Slightly Included (SI1 & SI2)
Si diamonds contain noticeable inclusions that are easy (SI1) or very easy (SI2) for a trained grader to see under 10X magnification. Typical inclusions are included crystals, clouds, and feathers These inclusions are usually centrally located.
As is the case with VS range, a diamond with an eye-visible inclusion can be graded SI, but in general the characoristics in an SI1 diamond are not visible face-up without magnification. You will see eye-visible inclusions in an SI2 diamond.
Included (I1, I2 & I3)
Diamonds that fall into the I range contain inclusions that are obvious to a trained grader under 10 X magnification. One or more of the following is typical of these inclusions:
The inclusions in I1 diamonds are usually quite visible to the unaided eye.
In I2 they are easily visible.
In I3, they are extremely easy to see might affect the stones durability. Often, rough at this clarity level is used for industrial purposes. It is faceted only if the current market demands it.
Industrial (My addition to the list)
Both gemstone quality diamonds and industrial diamonds are the same from a chemical/molecular standpoint; triple bonded carbon atoms. Out of the entire production of each diamond mine, from that particular mine, industrial diamonds will represent 80–90% of the total production. Industrial diamonds are basically very, very, very, very low quality diamonds full of impurities.As a general rule, these will be so heavily included that they can not be cut without breaking so these diamonds are sold to the abrasives industry to become sandpaper, drill bits, and other similar items.
The remaining diamonds are considered gemstone quality, meaning they can be cut and polished into diamonds used in jewelry. The low end of the scale being I3 can be pretty bad looking to the point that a polished diamond may not be recognizable as a diamond. if you saw it on the ground, you wouldn't slow down to look at it. Industrial diamonds look worse than that.

My informational pages about diamonds and the 4C's. 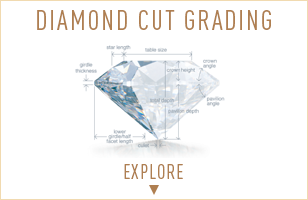 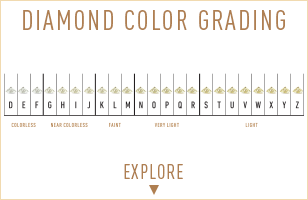